Not a lot going on this clip, or was there? As it happened, a thunder storm passed by just beyond Piel Castle. We saw quite a number of lightning strikes. Some were the classic bolts you see in the horror movies, and some were like the one caught on this clip at the 8 second mark. All were followed by deafening thunder claps that had the three Wardley’s sailors laughing unconvincingly at each other. Our sudden bout of gallows humour eventually died away as the storm moved on further up the Cumbrian coast. Still, fair-do’s to our innate sense of self preservation, we did have the tallest lighting conductor in the harbour right over our heads! 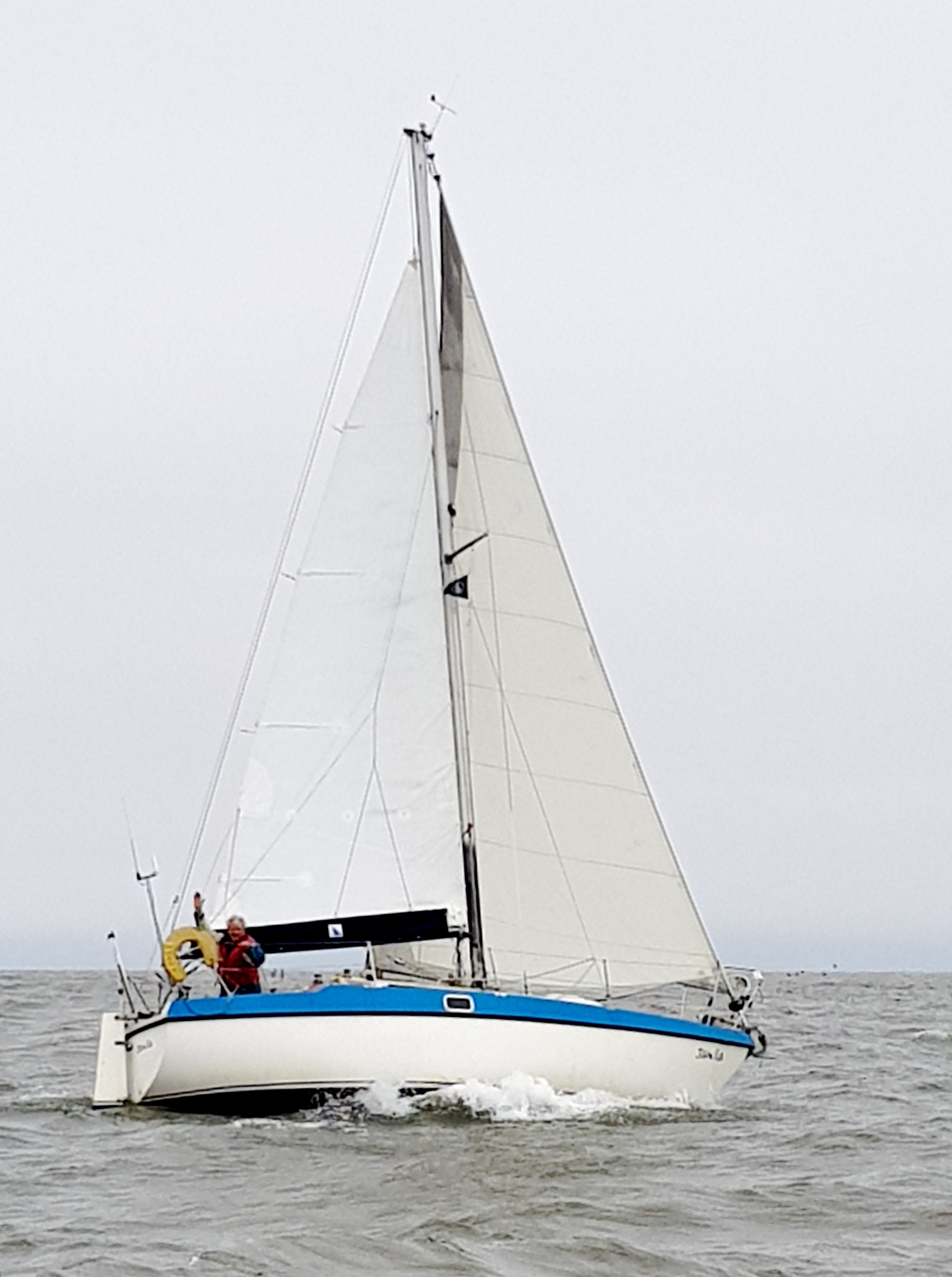 That’s all folks, the end of another great sail by three Wardley’s Marine Yacht Club members.