Wardley Marine Yacht club members have recently reported some equipment failures that, it would be fair to say, wouldn’t normally have been been anticipated with relatively new kit. 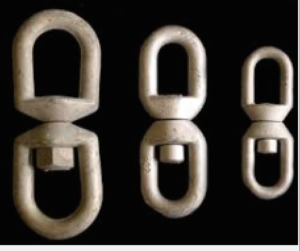 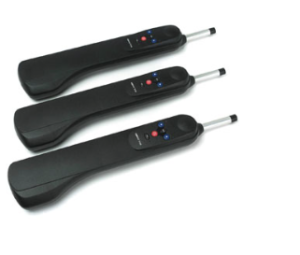 When the river bed dried I could see that the brand new recently installed riser swivel had jammed. From the photograph you can see that riser itself had twisted to such an extent that it’s length had shortened by at least a metre, probably nearer two.
I didn’t have the heavy tackle to free it, but Pablo walked out onto river bed that evening with a lump hammer and managed to free everything.
Shows you can’t ever take things for granted.

Images of what really wound Bob up: – 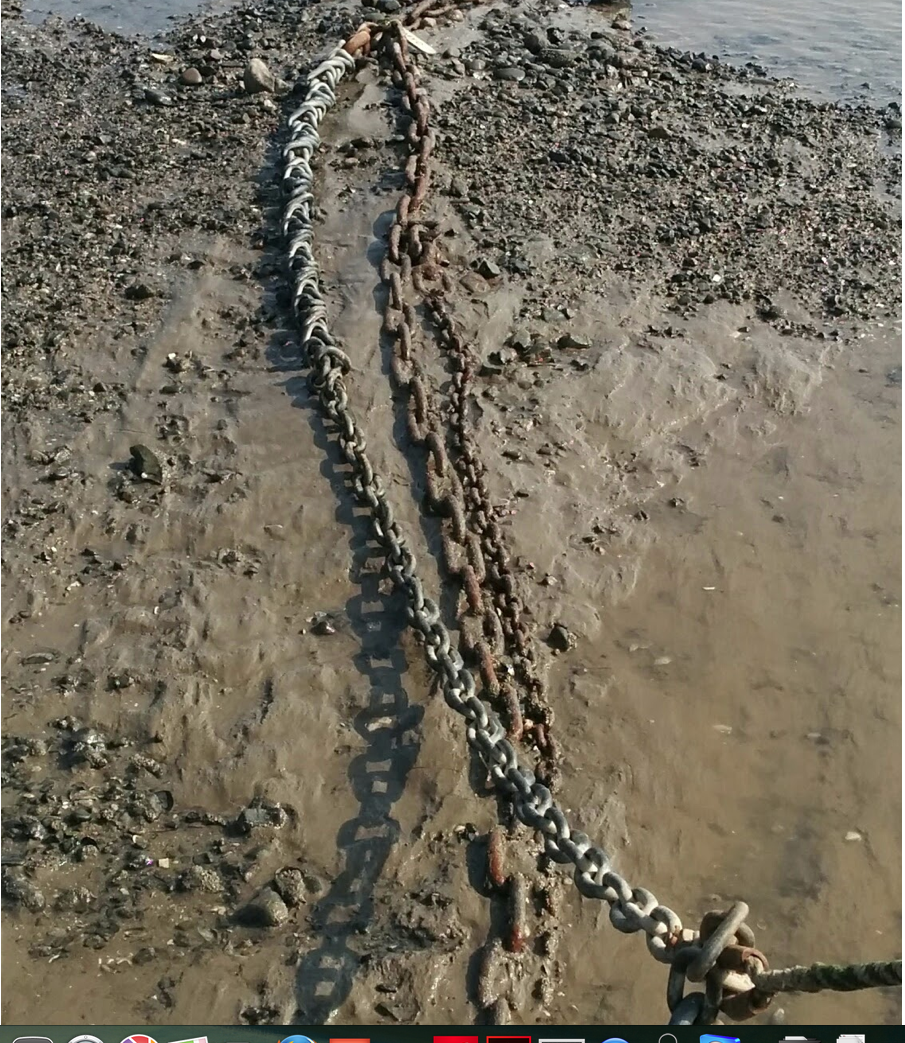 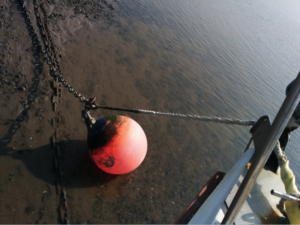 Peter Duck (Simon) departed on the return leg from Piel at 7am on 7/08/2016 in F6 gusting F7. The  wind was a straight westerly,  so the one tricky windward leg was that of clearing the Barrow channel. If it turned out to be too much, I was to turn back. I took precautions with a fully slab reefed main, loads of kicker, and just enough jib to provide balance. This was all very well but it turned out to be not quite enough! Peter Duck was time and time again overwhelmed by  F7 gusts  by oncoming bow thumping waves, and by  spray lashing into the cockpit. The Tohatsu 4 Saildrive was bought into play to keep the boat edging forward during the long periods of ‘mainsail-wind-spilling’  necessary to keep the rudder planted in the water.  The notorious Seldom-Seen reef was just to port,  only yards to the lee of the starboard markers! Eventually, and in spite of everything, the required mile to  clear said dangers was soon behind me, and I was able to bear-away across the Mort Bank sands. Relief of sorts! Soon the boat was surfing  under-sail-alone at 7 knots with large rolling waves passing just abaft of beam. I was soon ready for a break.
The Tiller-Pilot, still in its first season,  was pressed into service. Its job was to steer a straight line towards the Fairway buoy and allow me to get some shelter in the cabin.  All went well for a number of sea miles.  However, after an hour of sailing, the tide had turned and  was now sluicing back into Morecambe Bay. Massive banks of breaking waves were visible a mile up-ahead. I took back control, so as to steer into the  gaps between the shoals of white foam. Nevertheless the odd breaking wave came along, and soon enough, one struck the boat broadside on. This caused the boat to slip sideways with the surf and then head up violently. At the same time, five  or six buckets of water came crashing into the boat, drenching everyone and everything. Eventually Peter Duck moved into safer waters beyond races and onto the last leg to the Fairway. It was time to hand back to the Tiller Pilot. This time, however, it could only make a brief strained mechanical whelp, followed by a beep,  an LED flash, and promptly switched itself back to standby.  The skipper was thus forced to hold onto the rudder for the remaining passage, and thus no shelter and hot coffee in the cabin.  Eventually the boat made it back to the Fleetwood channel  somewhat earlier than usual. The familiar mile long sand banks were still high above the incoming tide.  Peter Duck was  welcomed by three windsurfers sailing at 25knots plus.
Back at home I removed the six or seven bolts clamping together the unit’s two plastic halves. I opened it up and notice splashes of saltwater everywhere. The electric motor’s casing was already showing signs of corrosion in places. I spent the next half-an-hour drying it out with a hairdryer and then tried it out connected  to a motorcycle battery. Amazingly it started working again! Still, its going back to the makers to see what they make of it. Will keep you up to date with developments.

Hit by a more powerful version of this: –

Tiller-Pilot in action  earlier in the season: – 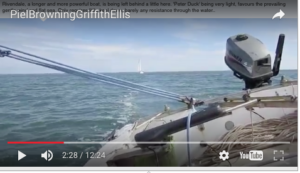