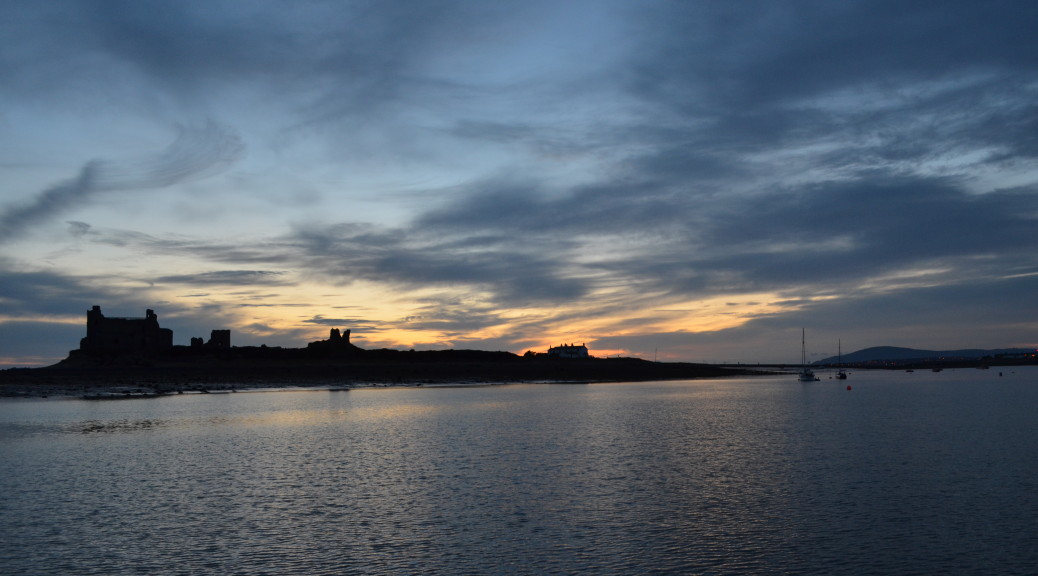 Let’s face it, the forecast wasn’t exactly brilliant.  Tropical storm Bertha was still blowing hard and possibly coming our way – but neither the met office nor any of the other weather sites seemed to know exactly which way the storm would go.

Thanks to the skippers of Kirsti, Moonshine, Raven, Rivendell,  Sika, Weaverbird and Alcudia (that’ll be me) who all showed some enthusiasm for the trip.

On Saturday morning we agreed that staying over at Piel for the night was not an option, but an out-and-back in a day looked possible. Eventually just two boats set out around HW – Moonshine and Alcudia – and hoisted well-reefed sails for the initial leg to Fleetwood.  The rain stopped almost as we left Wardleys, and we enjoyed an exhilarating sail, wondering what the sea state be like in open water.

Beyond the Lifeboat Station we soon found out, and with some wind over tide effects, let’s say it was quite lumpy.  No doubt it would have been  better further out, but we decided to have an easy day, and decided to turn around after watching the lifeboat towing a rudderless yacht in from the Wyre Light.

We anchored on sand just south of the marina channel, dried out and had a relaxing afternoon wandering around the nearby wrecks and doing a few odd jobs.  What a good spot for a club BBQ!

As the flood tide lifted us from the bottom, we were swung around and waited around 20 minutes before our keels escaped from the holes scoured on the ebb, wondering which way we would be set and if there was any risk of Moonshine and Alcudia ‘coming together’.  All was well,  and  with the wind dropping as the sun set,  we motored back to Wardleys on the last of the flood tide.

We’d had a good day.  Why not give it a try before too long?