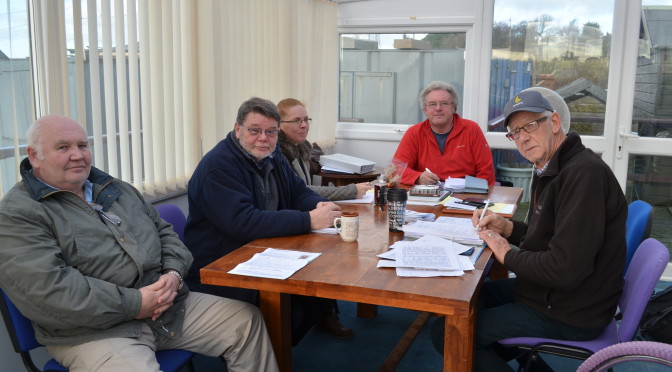 Proposed Mike Burke and seconded Roger Walkington that they be accepted as a true record of the meeting.

END_OF_DOCUMENT_TOKEN_TO_BE_REPLACED

Minutes of Previous Meeting
Proposed Mike Burke and seconded Pablo Barrs that they be accepted as a true record with the agreement that Brian had mentioned that he and Peter Mosley would like to do a mini audit. Linda had omitted to record the request.

Matters arising
There is still no communication from Santander regarding our intention to change banks. All the summer bills have been paid with the exception of one. There are exceptional circumstances why this bill has not been paid. It will be, as soon as circumstances allow. We have been unable to locate any road planings at an acceptable price.

Finance report
Mike B gave details of the bank account.  He will email them again re the bank changeover.

Crane-out
Fixed for 8th October with 9th and 10th as back up.  Brian will contact the crane driver.

Ships Husband Report
There had been an issue over a mud berth but it has been resolved. The tractor is now fixed and ready for use. We will write to a member to ask him to cut off the protruding timber which is stopping us from allocating a mud berth to someone on the waiting list or to put his own boat in there.

Project Report
Weather permitting, Roger will finish the tractor store roof. He will need some timber for a frame for the new door.

The new chain mooring which had been positioned at Knott End is missing at the moment. Attempts will be made to locate it when the weather and tides are right.

Correspondence
There was a letter from Roger about the unauthorised ‘borrowing’ of one the panels he was working with causing him a great deal of inconvenience and one from John Bradbury, (coastguard) advising us of his concerns that three club members were out in the workboat and were not wearing lifejackets.

We are going to accept his offer of lifebelts to keep on the boat and we will put up more posters reminding members that lifejackets MUST be worn on the workboat. A new noticehas been ordered which will stay on the workboat.

Mike Smith left the meeting at this point to organise the members who had turned up for the work party.

Membership
There are two applications on the board which subject to there being no objections will be approved once the four weeks have passed.

Day Book
There was only one entry from Norman who had arrived at high tide and found dinghies on the move! He had made them safe. Thanks Norman.

AOB
We need a new microwave and an optical smoke alarm. All agreed that we go ahead and buy them. 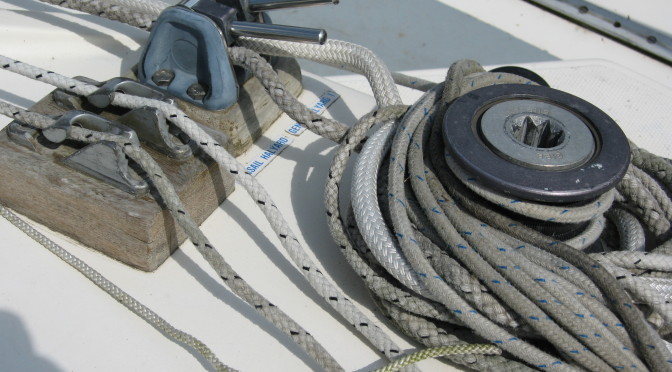 Minutes of previous meeting
Proposed Pablo Barrs and seconded Linda Matthews that they be accepted as a true record.

END_OF_DOCUMENT_TOKEN_TO_BE_REPLACED 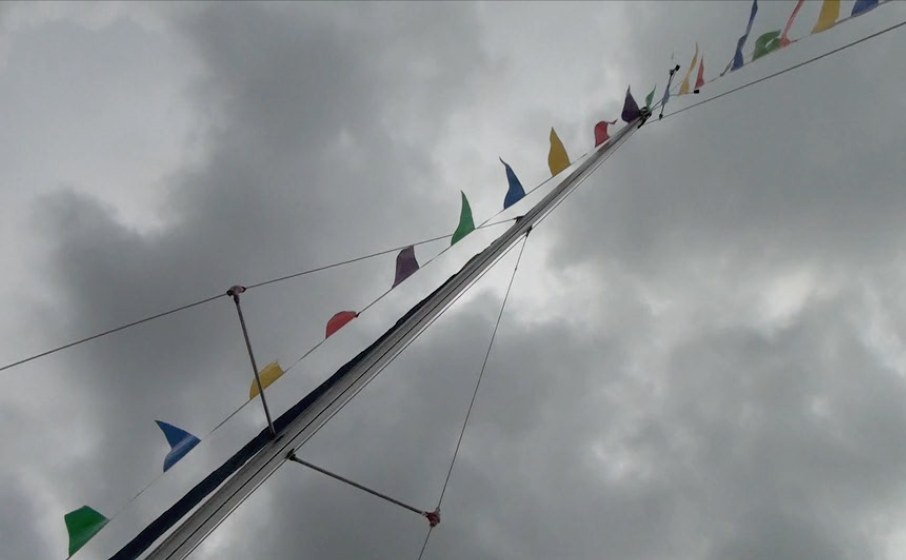 Up with the bunting just before Peter Duck arrives at Wardleys Creek.