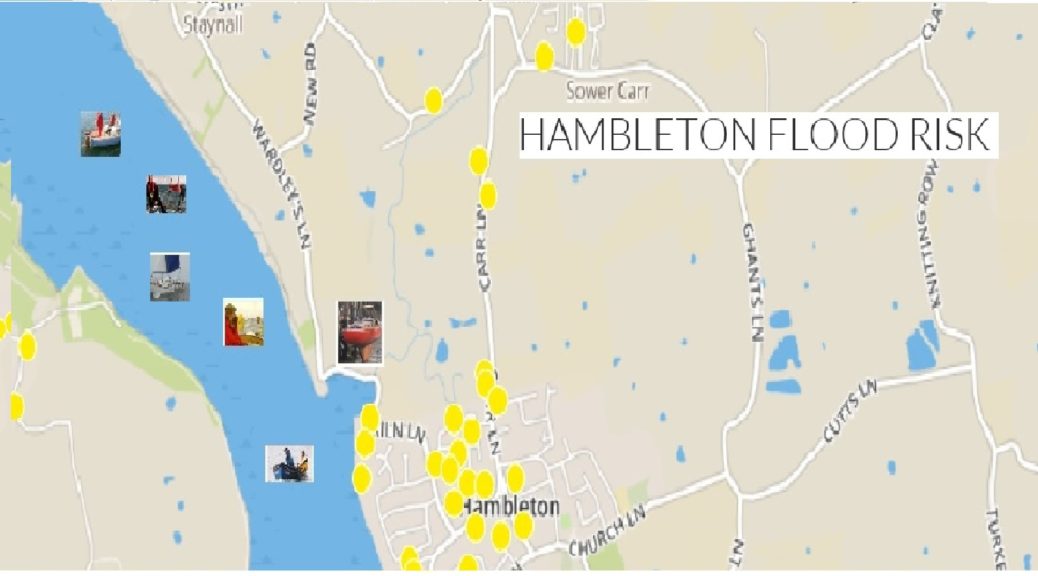 As you will probably  know by now, the authorities are worried about  the possibility of serious flooding  in the vicinity of our yacht club.

In brief, they have done some computer modelling, and can now confidently predict that 600 houses could be flooded-out when the next mega storm comes along. That is to say, when, an astronomical high tide,  a very low pressure front, and a strong westerly gale come hurtling up the river Wyre together!

Further more, from recent similar events around the country, they’ve worked out how much the average  claimant needs to spend to repair the resulting damage and cover temporary relocation costs. It all amounts to quite a lot! They believe, therefore,  the effort and resources put into the Scheme will be money well spent.

That said, it doesn’t appear that they are particularly worried about the Wardley’s Marine Yacht Club. We will of course be on the wrong side of their magnificent scheme. Still, that is probably where we would want to be anyway, if we want to retain unfettered access to the river. The main blight envisaged at this stage, is possibly the inconvenience caused during the works and maybe reduced access to our land at the upper reaches of the creek. At the recent public meeting we voiced these concerns, and as you will read in the document, they have affirmed that the scheme’s designer/planners will consult with WMYC during the planning.

Please read the attached document to gen up on the finer details. Questions 1 and 11 are of particular interest to us.