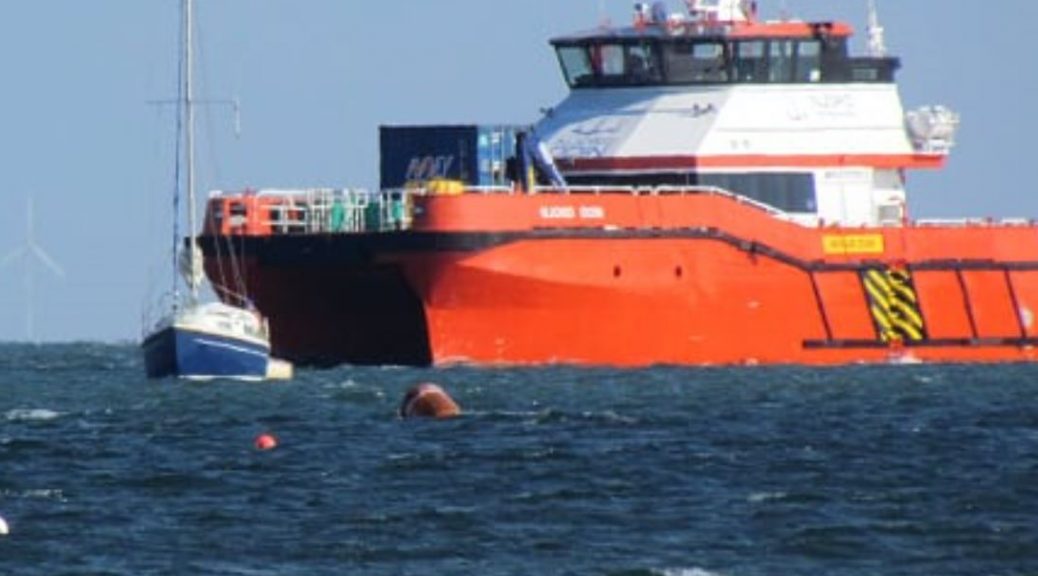 About five Wardley’s boat sailed over to Piel Island off Walney Island during the recent bank holiday weekend, some  on differing days. Everyone reported having a great time and feeling exhilarated to be back on the open seas.

The weather was absolute great. The winds were fair and the sun was out for most of the time.

(Comments at work during the following week: ‘Now what exotic place did you fly off to during the bank holiday Simon’?).

The title photo above is a telephoto image, from the jetty, of Kyle 2 (Snapdragon 24) approaching the island. For all intents and purposes it looks like Andy Sargent is about to be gobbled-up by an angry orange monster,  but rest assured, the windfarm service boat was some distance behind.

Link to PHOTOS – will open in Microsoft one drive:-

(Note: all are hi-definition photos, so feel free to double-click on any to zoom in )

Later on that evening, we witnessed a late night rescue! The first we realize something was going on was when the RNLI station suddenly lit up like Piccadilly Circus, then the big boat came splashing down the long slip like a giant Log flume ride at Blackpool Pleasure Beach. The smaller inflatable rescue boat also was launched. Then for several hour we were treated to the spectacle of boats rushing up and down the channel with eye dazzling spotlights panning in all directions. At regular intervals, serious firework style rescue flares hissed up into the sky with a loud pop, lighting up the water below and creating a feeling  excitement and trepidation. We learnt the following day that a tender had got loose from a moored yacht with no oars or outboard. The poor chap on board got whisked off into Morecambe Bay in the dead of night on a powerful tide. He/she must have been terrified.