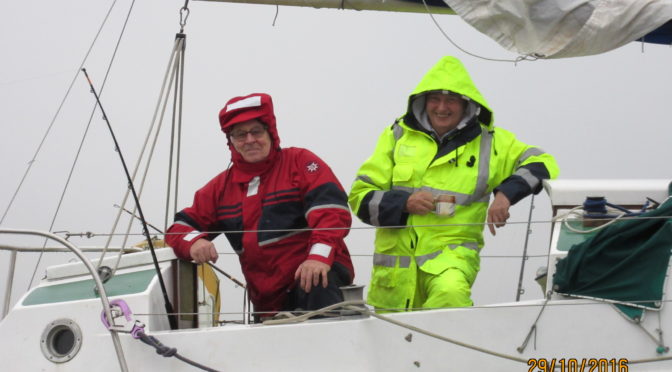 At the very backend of October, members Malcolm, Tom and Simon from Wardleys Yacht Club braved the chilly airs and warnings of murky weather and set forth under full sail on a fishing trip. Apart from a few flatties that were too small to keep, business was slow.  Nevertheless,  oil lamps and a cosy cabin kept everyone feeling warm and comfortable.  And in the time honoured tradition, there was some medicinal help in the form of a crate of beer and a bottle of scotch.

A Westerly Chieftain heading out in to Morecambe Bay 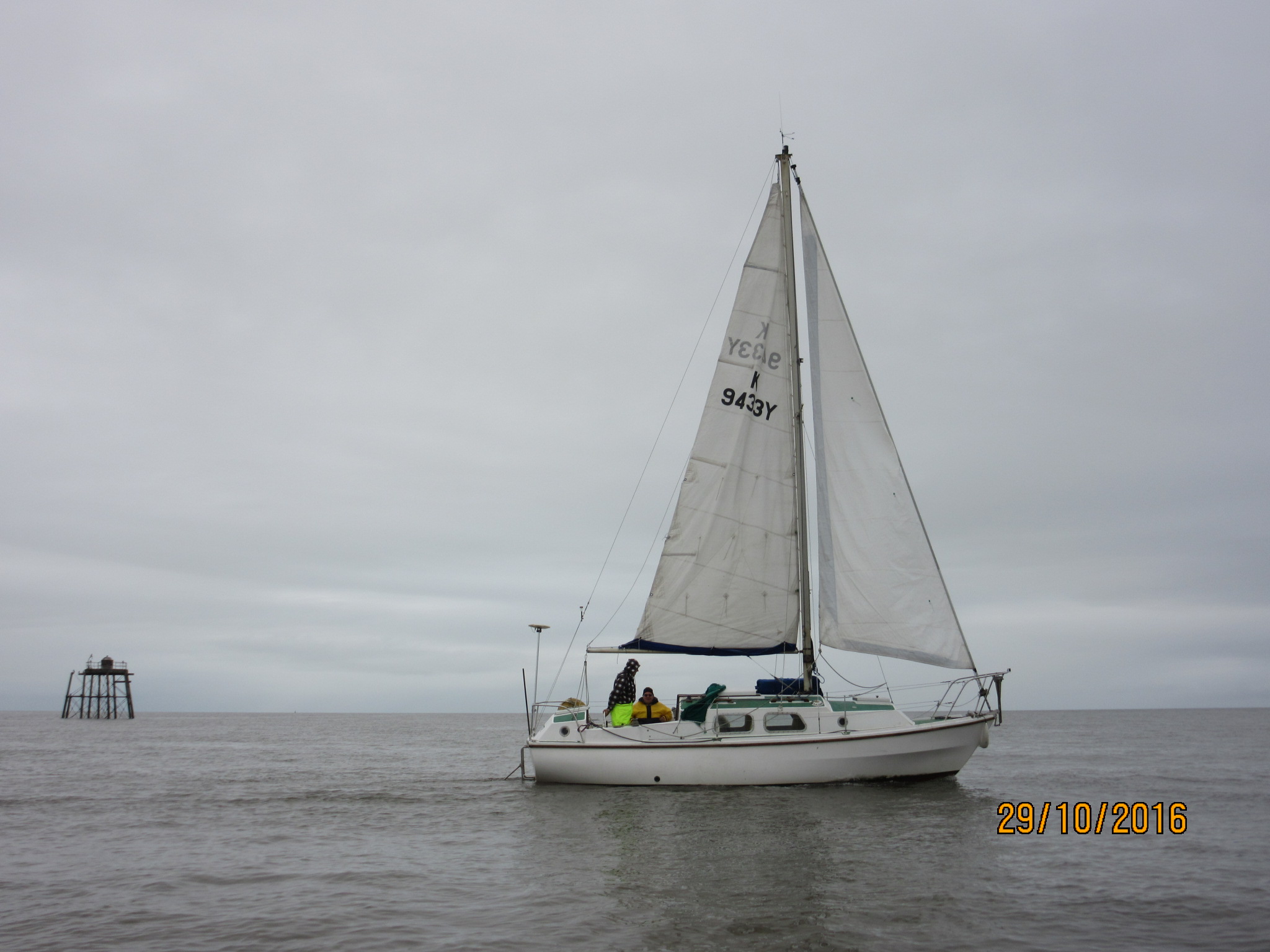 Grey was the colour of the sky. The sail over was quite uneventful. We kept our engine put-putting all the way. The sails were really just for effect and to cushion the incessant Morecambe Bay roll. The three of us stood at our respective helms under dripping hoods. For the whole day the rain pitter-pattered all around. 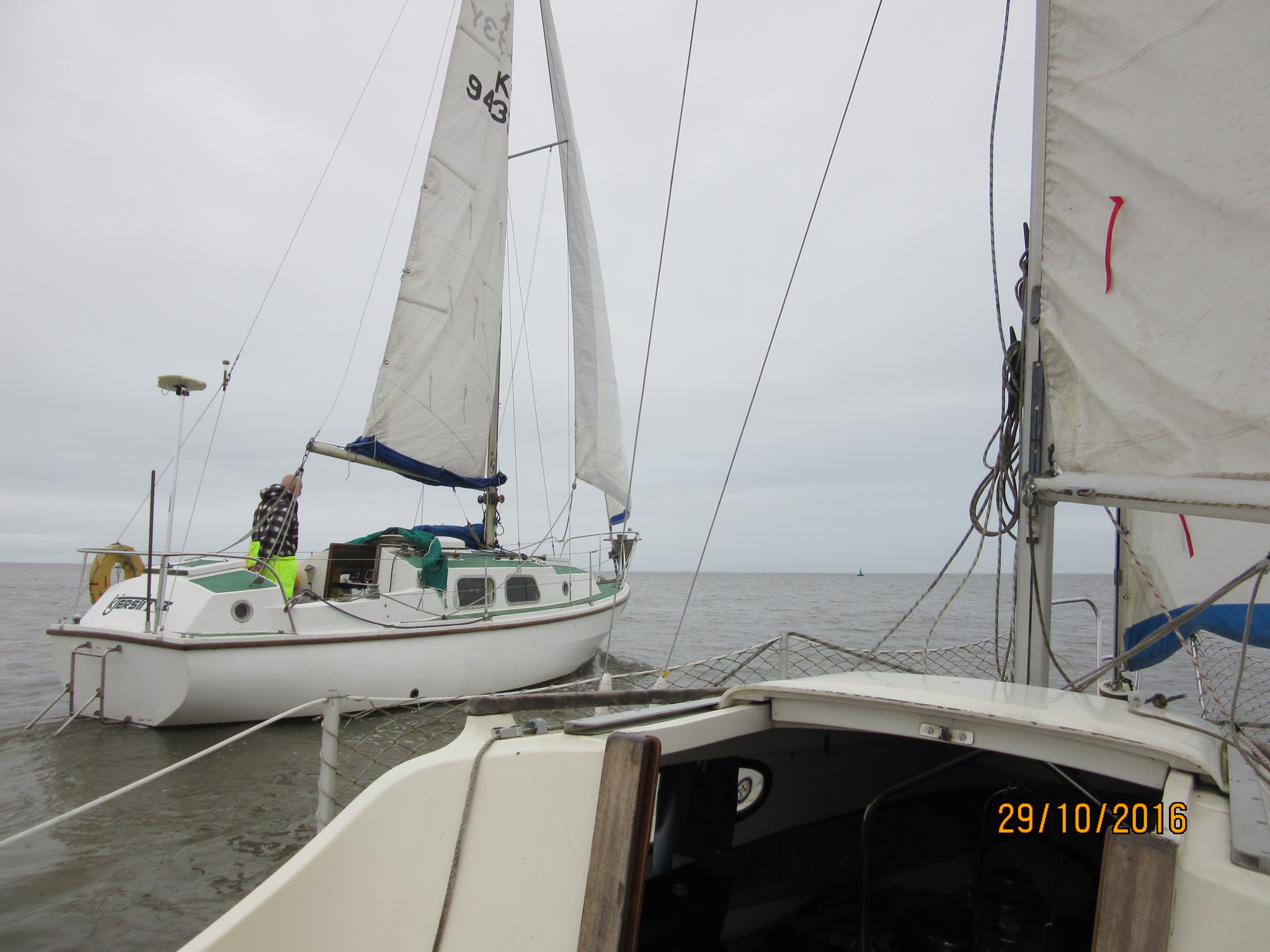 Tom and Malcolm with rods and bait. 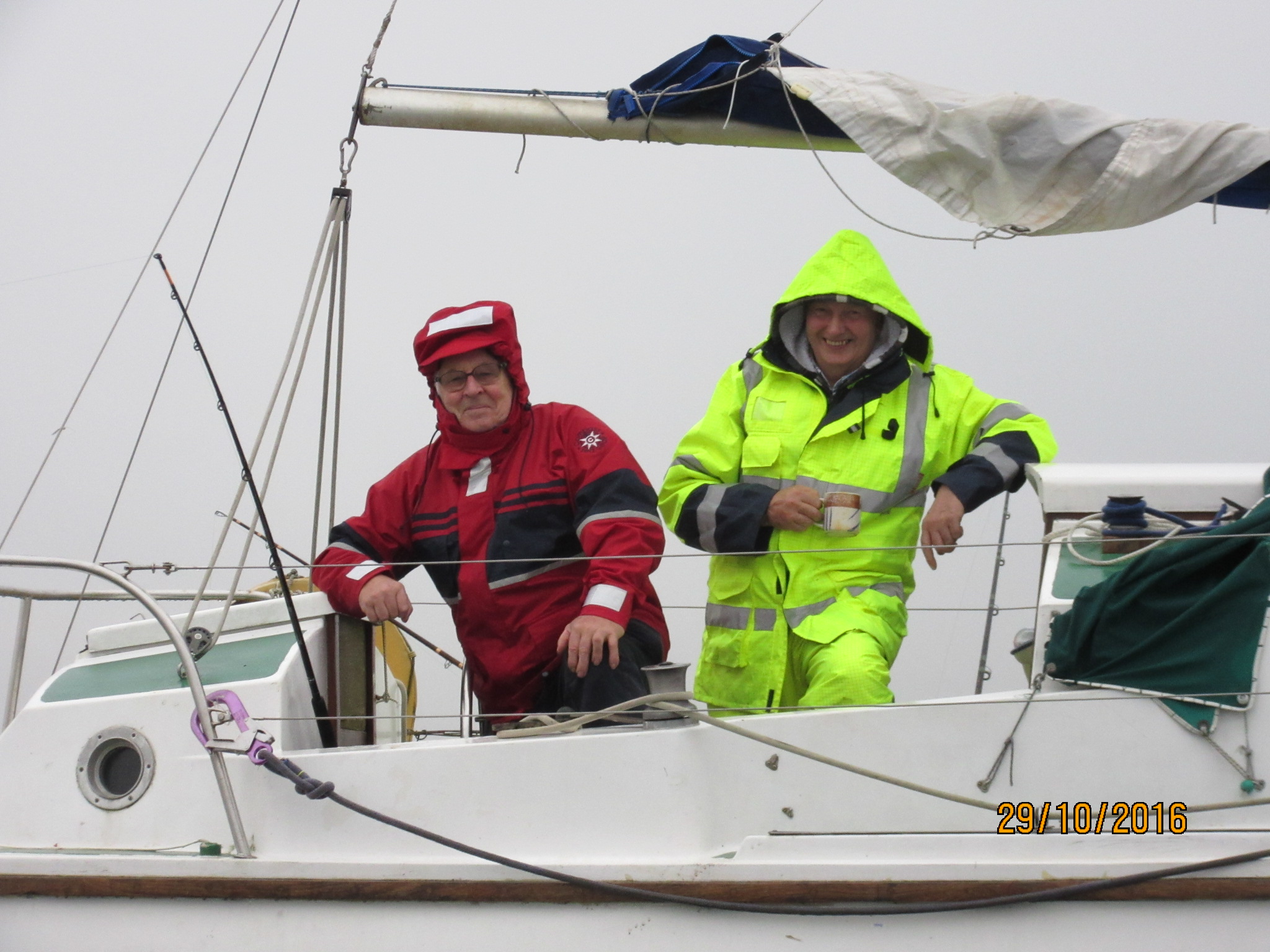 On board we had fishing tackle boxes galore. They contained every conceivable device and trickery to get the fish to bite, and to haul them out into our awaiting frying pans! Alas, the lemon and  garnish lay idle. We had not picked the right night. Or maybe the fish were onto our little caper? 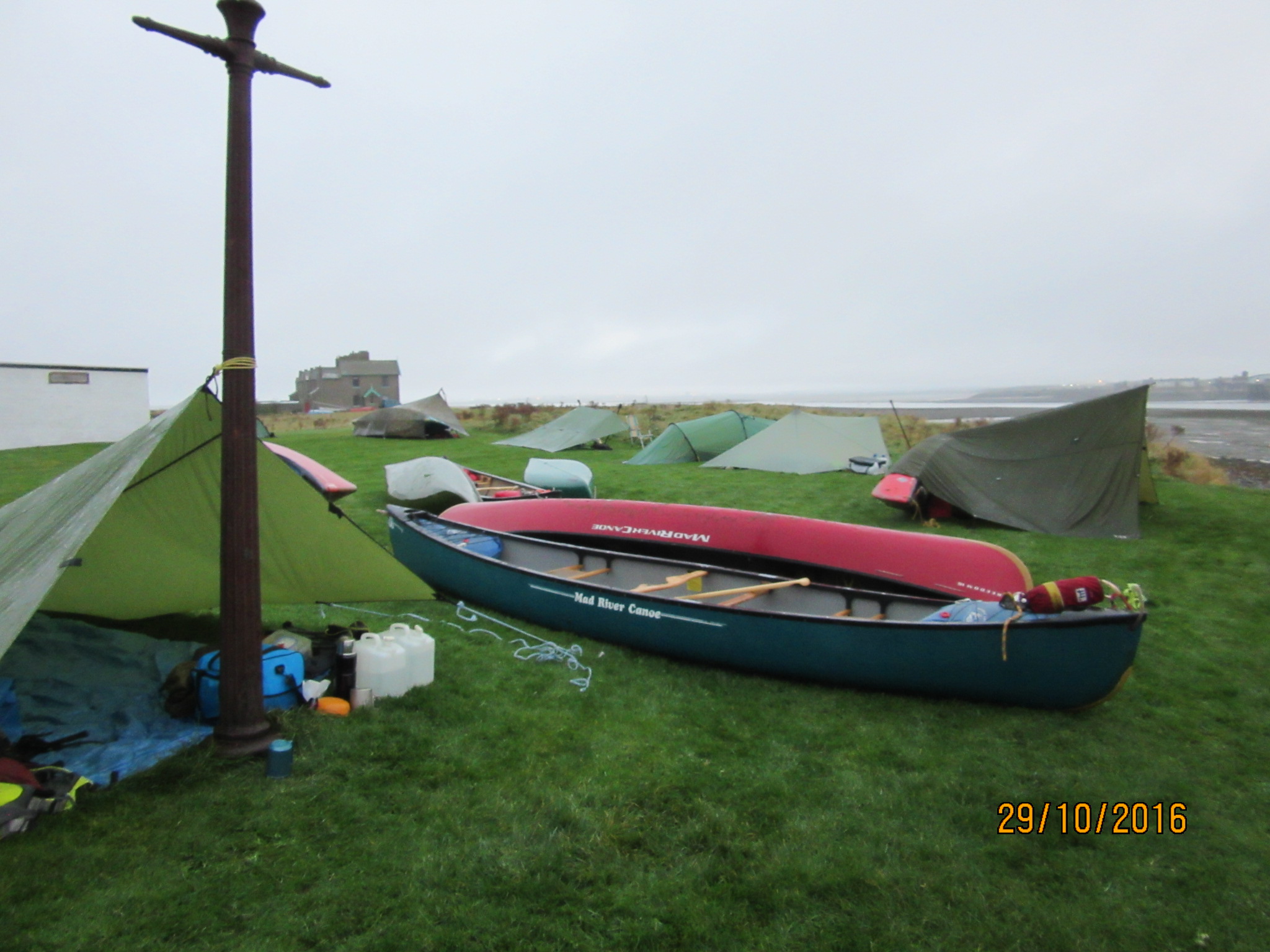 We crossed paths with a Canadian canoe club. We expected them to have come from afar.  But no, they had just paddled-out  from nearby Roe Island. Still, no complaint, they filled the Ship Inn with good conversation and laughter. And as well, there was some thought provoking poetry recitals. The erudite looking canoeists lapped it up. The Wardley’s one member present, quietly watched on, much appreciating it all. 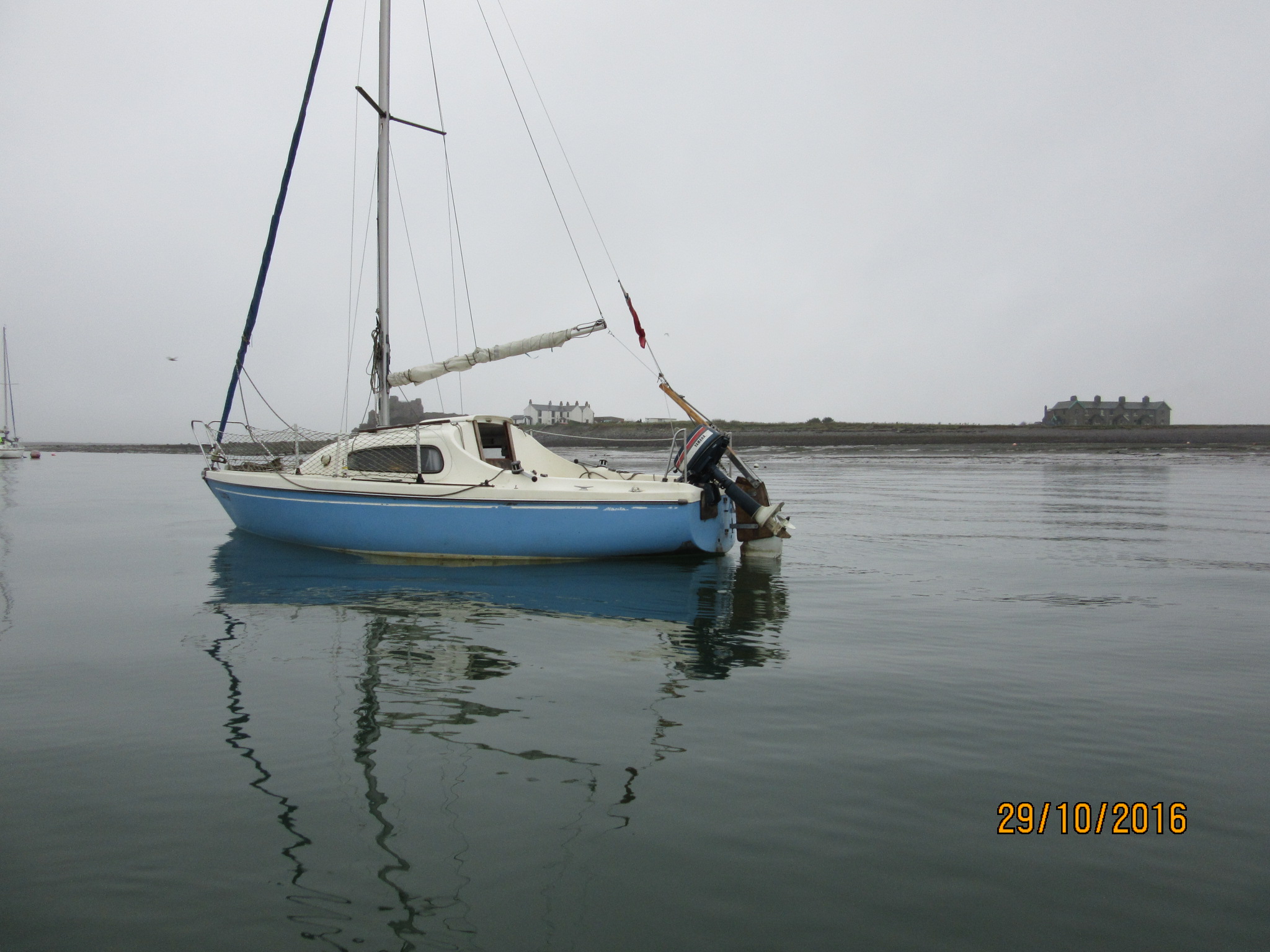 Manta 19 ‘Luath’ came along in support. Whilst the men in serious wet-weather kit were fishing on the Chieftain, ‘Luath’s skipper took a moment to paddle around in the Avon dinghy and brush-off last month’s accumulated mud. On the island, see above, you can see the Ship Inn and neighbouring Customs cottages.

A slide show of photo taken that weekend 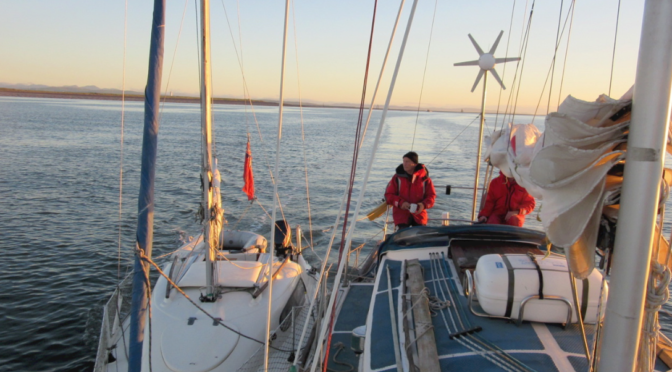 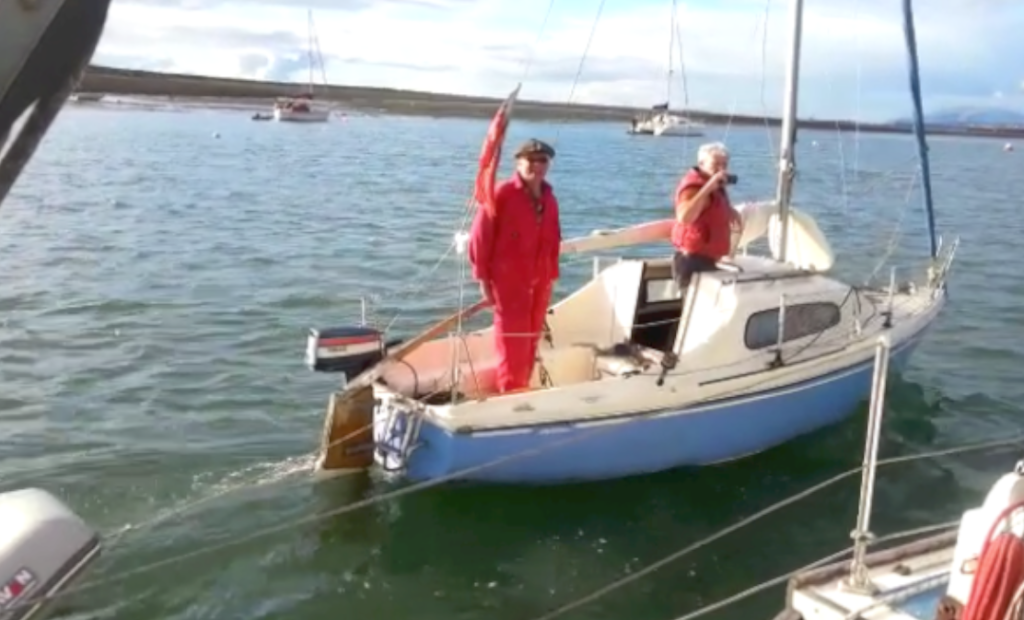 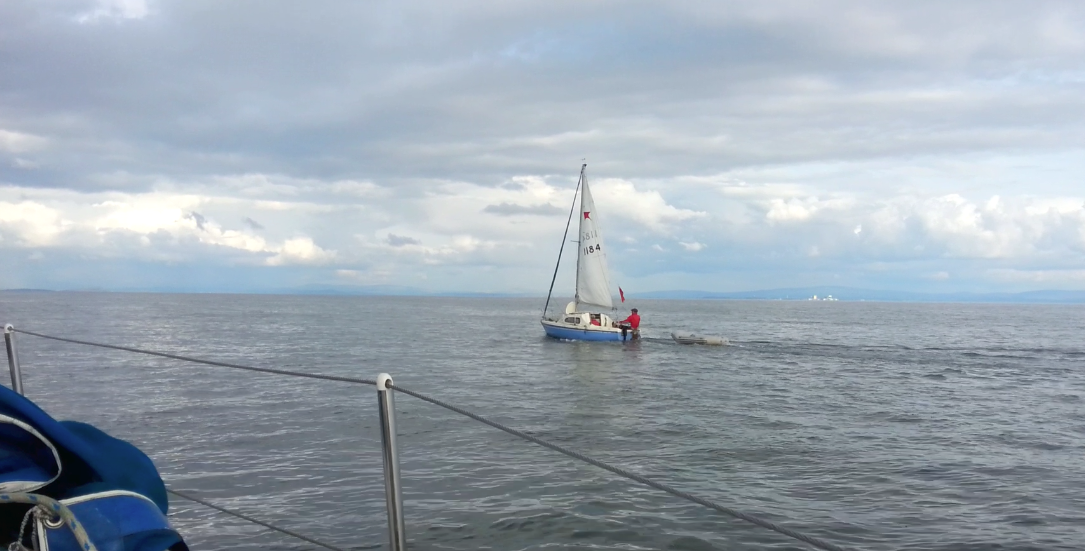 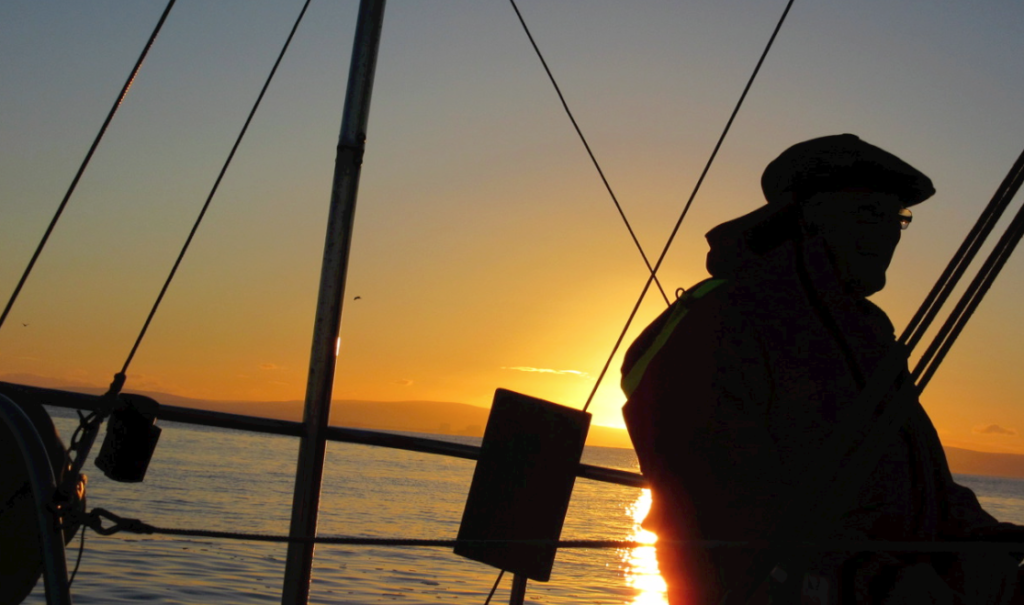 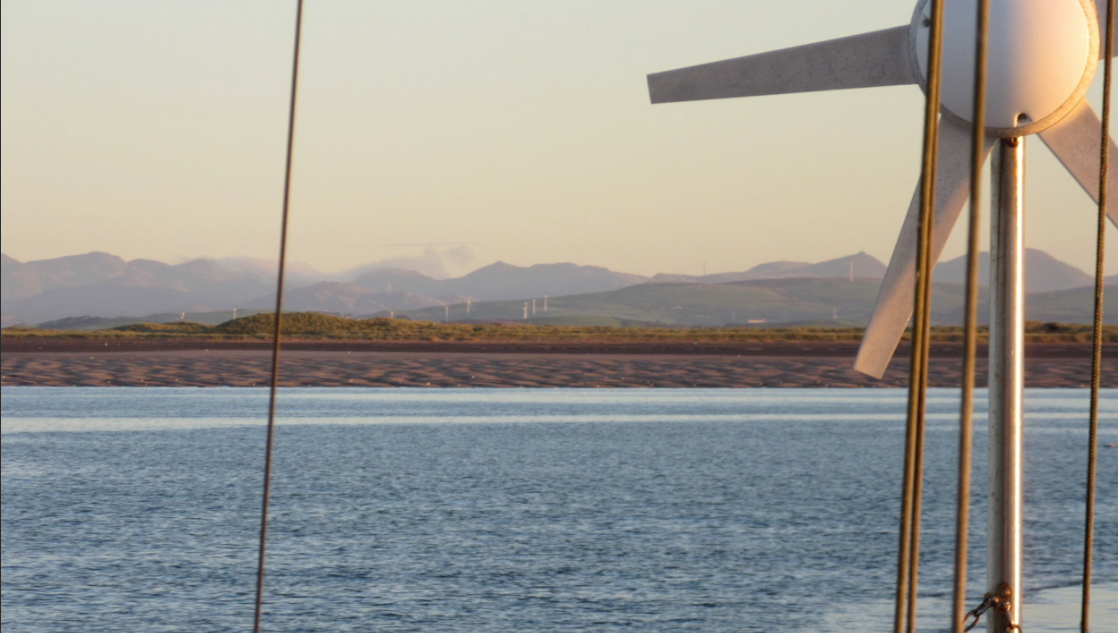 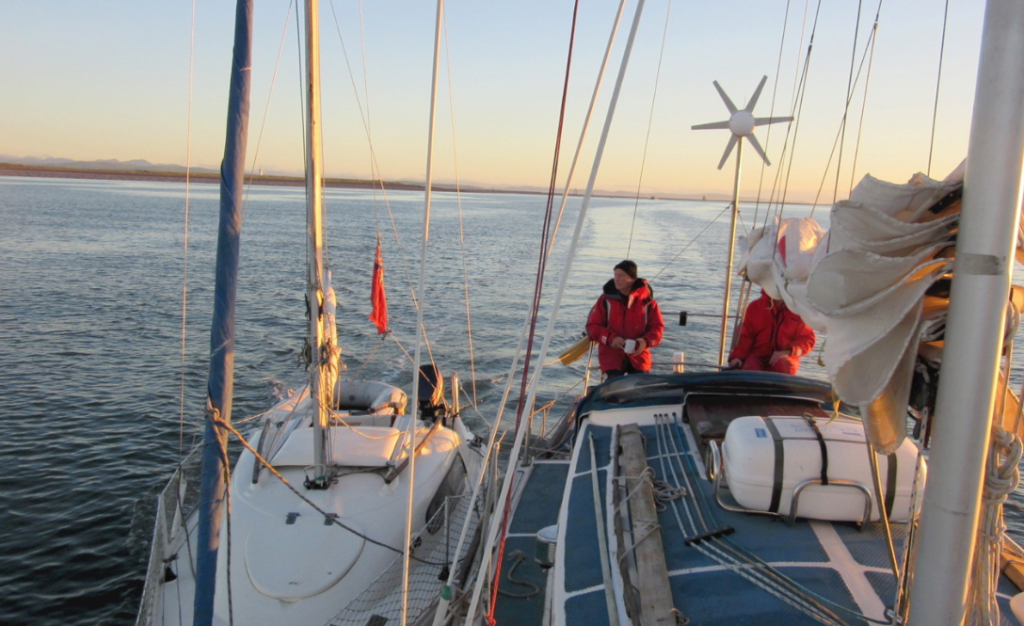 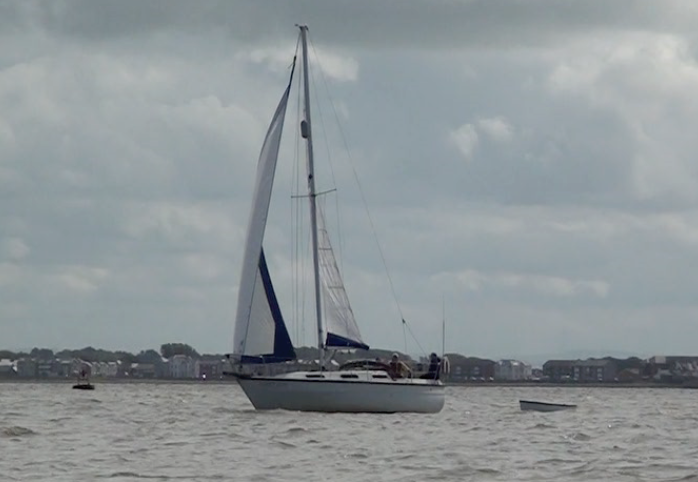 Neil and daughters sailing out of Fleetwood.